It started this morning when I put my boots on: can I wear these to skydive? Without finishing the thought the nerves began. They persisted all through the bus drive to the site and during the wait to put on the harness. There were 3 planes ahead of me so a funny thing happened: I waited so long to put the harness on that I got tired of being nervous! A benefit of my New-Yorker-impatience:) 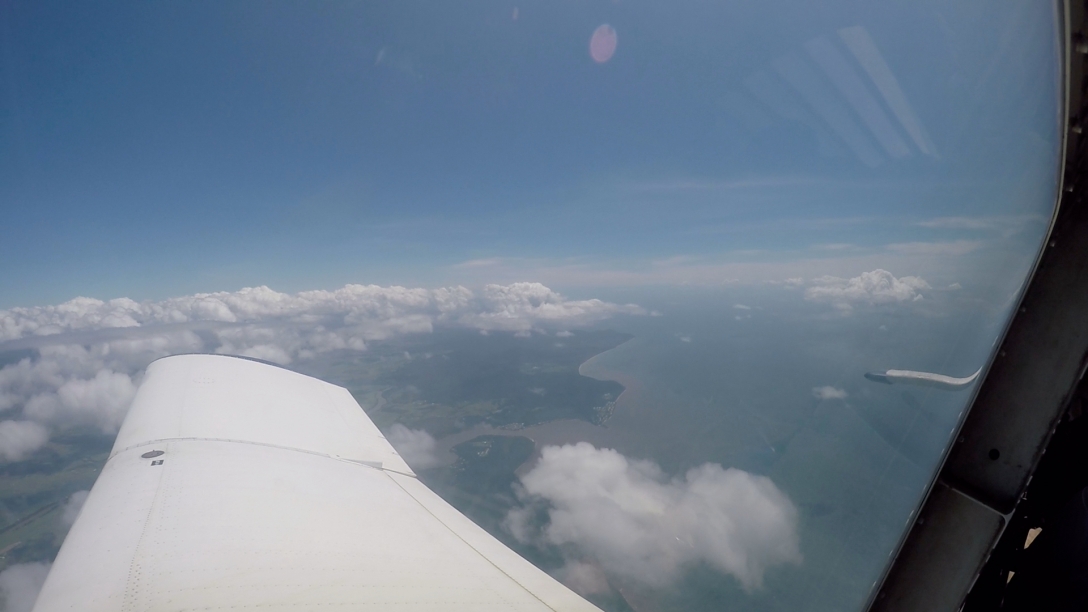 Once the harness was on, I started feeling the excitement and adrenaline mixed with some nerves. Inside the plane, during the climb to fifteen thousand feet, I entered a full trance of thought. Am I sure? Why am I doing this again? Is this safe? Self, stop asking stupid questions! The thoughts were interrupted when my instructor asked “are you ok, Bud? You nervous?” I replied with as much bravado as I could muster while staring at the door that would eventually open: “I am a little.” He replied with “me too” and everyone laughed. I guess it was funny. 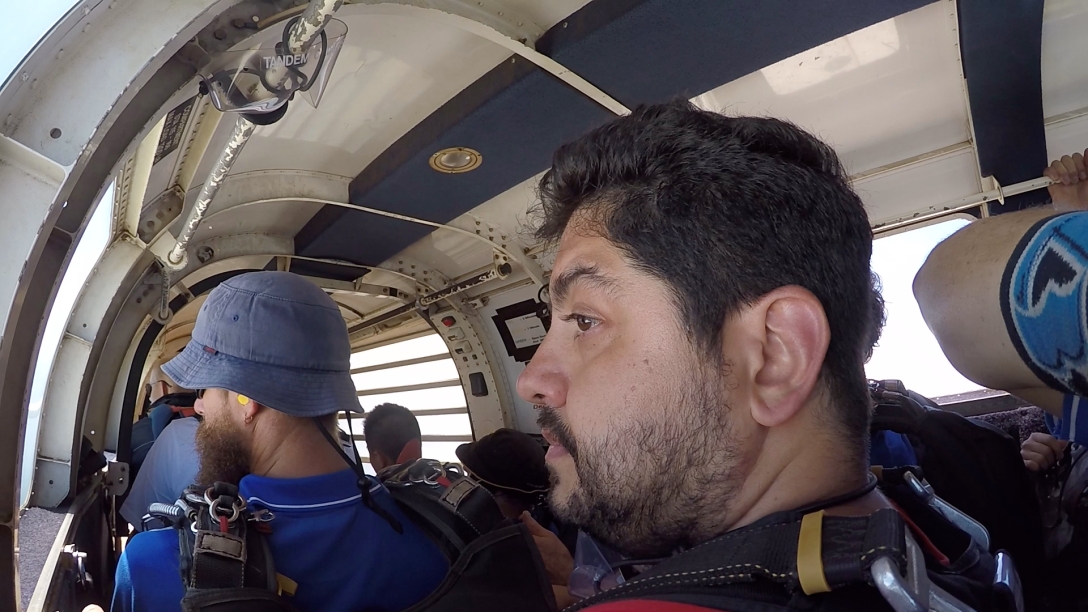 Then the damn red-light lit up and the side door, in the back of the plane, opened. For a quick moment, I wondered why the overhead oxygen masks didn’t deploy. You know, the ones that you’re supposed to put on yourself first before anyone else, and everyone is completely ok that you have to be selfish and let others die? Those. But my mind quickly remembered: this ain’t that kind of plane, Bud. The instructor told me: “we’re going to go over there (signaling the door) and your feet will be dangling off of the plane.” My mind started playing tricks on me. “This isn’t real. You’re just watching a scary but awesome movie” an inner voice told me. But I think it was just my dignity preventing me from shitting my pants. My feet dangled for a few seconds while fear hung off of them and without notice… off I went! 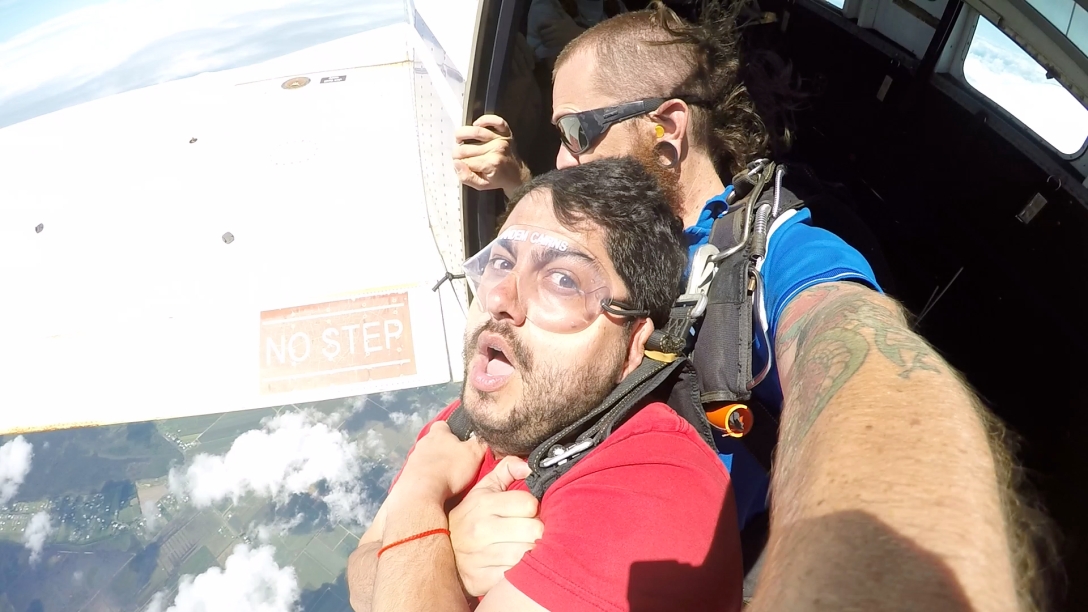 The first thing we did was a summersault, because, why not? 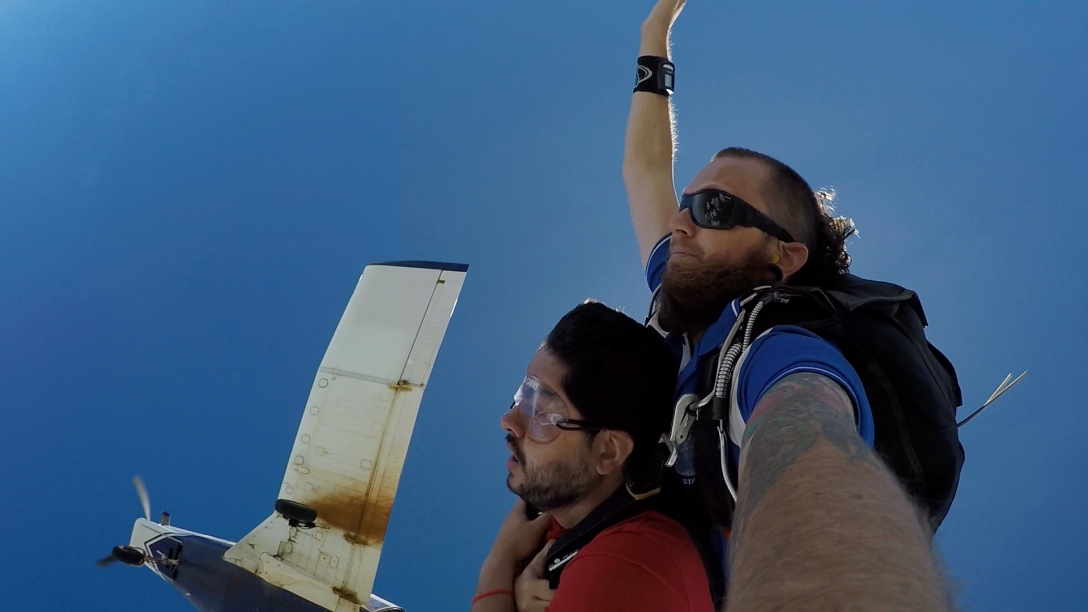 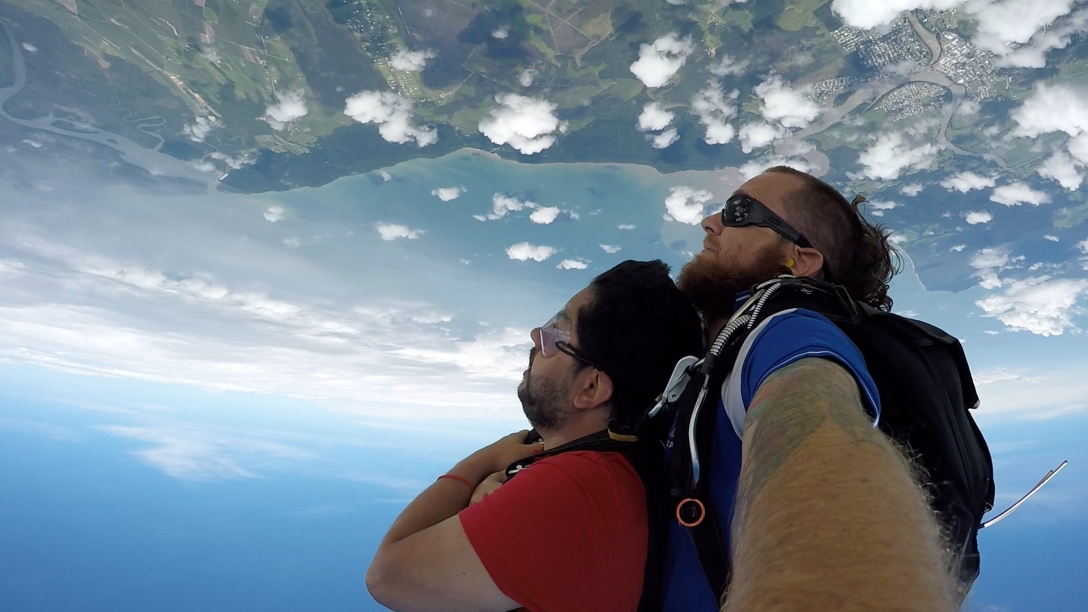 After a few seconds of free-fall, I realized that fear was of no use, there’s nothing I could do at that point. All thoughts of safety or lack-thereof didn’t last. There was too much going on and what won was the feeling of an experience that I had never felt before. Something new. It is here that the fun began. 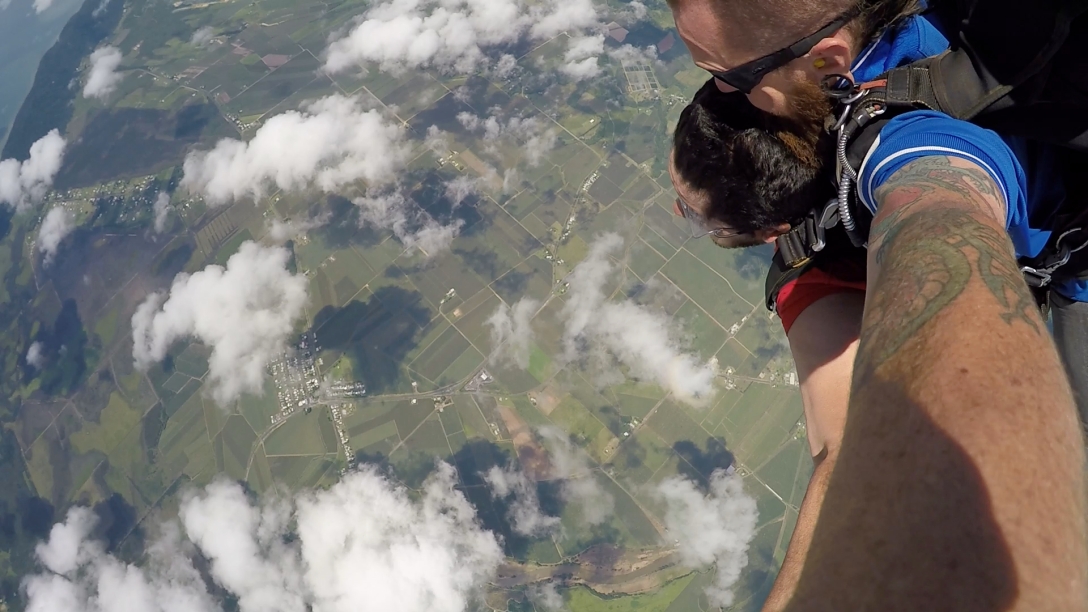 Tried to taste a cloud? Of course! 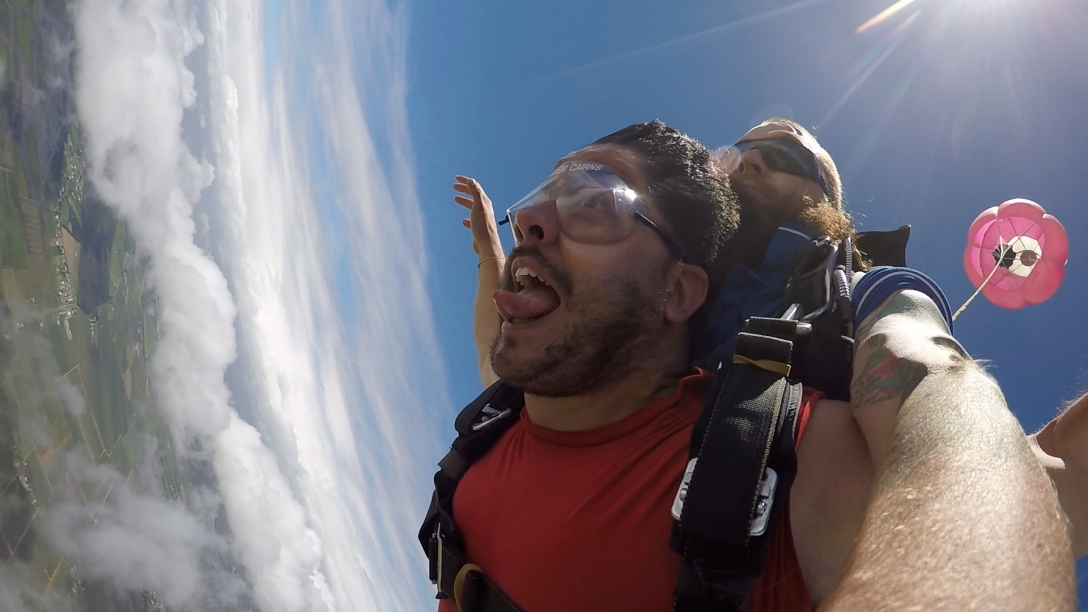 Made a funny pose playing with my glorious mustache? Naturally! 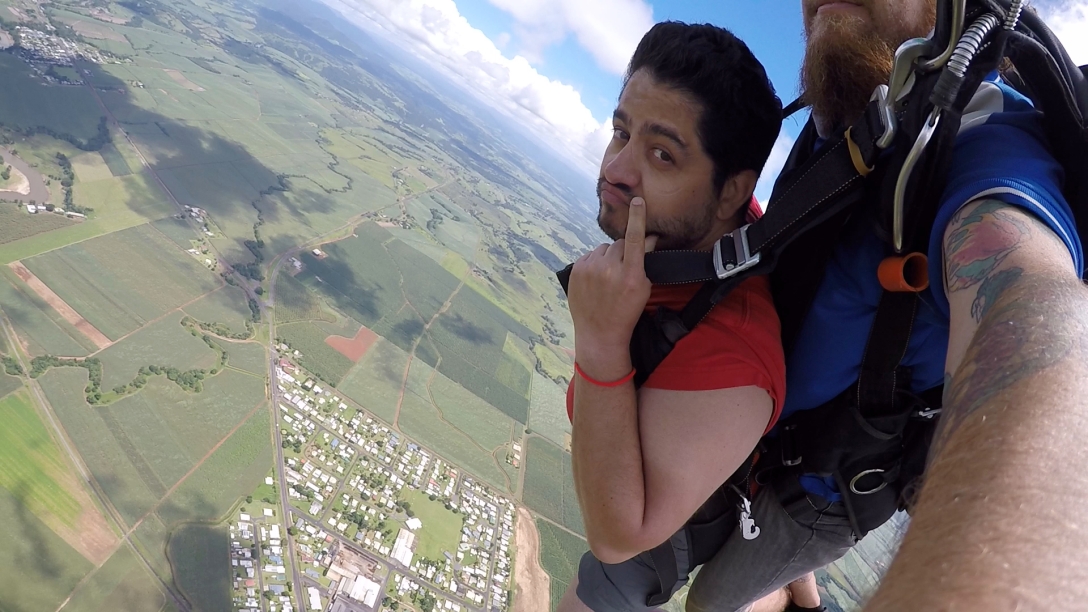 But the free-fall lasted only about a minute. After the chute opened, the rush of adrenaline slowed down and excitement dimmed. It was almost post-coital. In a weird way, I was disappointed the chute opened. I wanted more. So yeah, maybe it was post-coital!

Gliding across the sky with the chute opened was when I could truly enjoy the amazing views. 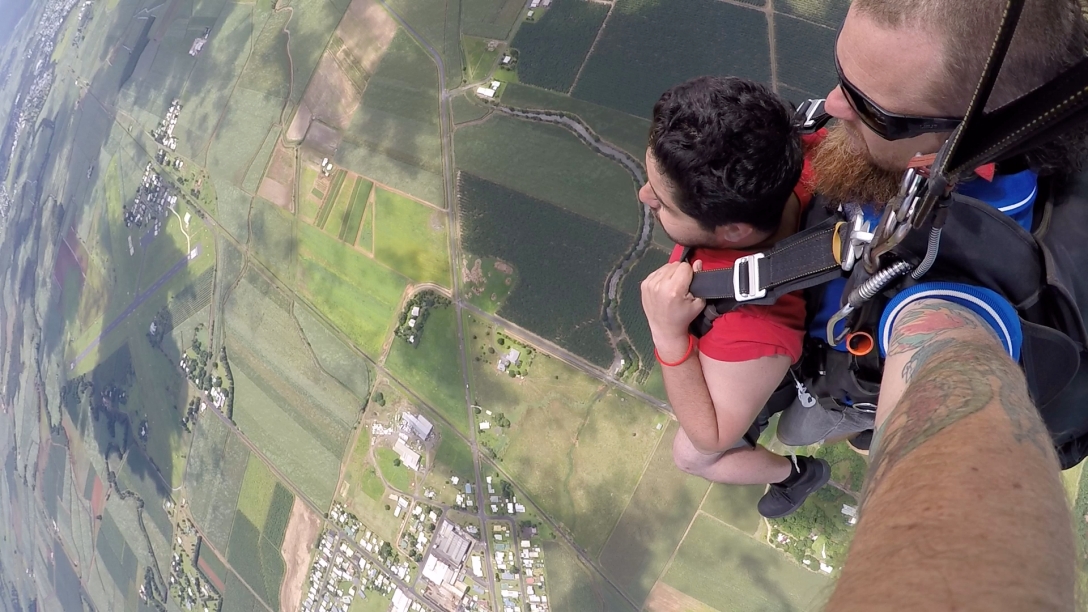 It was an amazing experience and one I want to repeat. I am very happy I did it but more so, that nothing went wrong. The jolt of the parachute opening was as everyone told me it was, not strong enough to be a big deal. So it looks like I’ll be able to remain a homo erectus. For those few minutes that I can barely remember but will never forget, I had no problems, no responsibilities, no inevitable return to the workforce. I was a kid again. A proud kid that didn’t shit his pants. 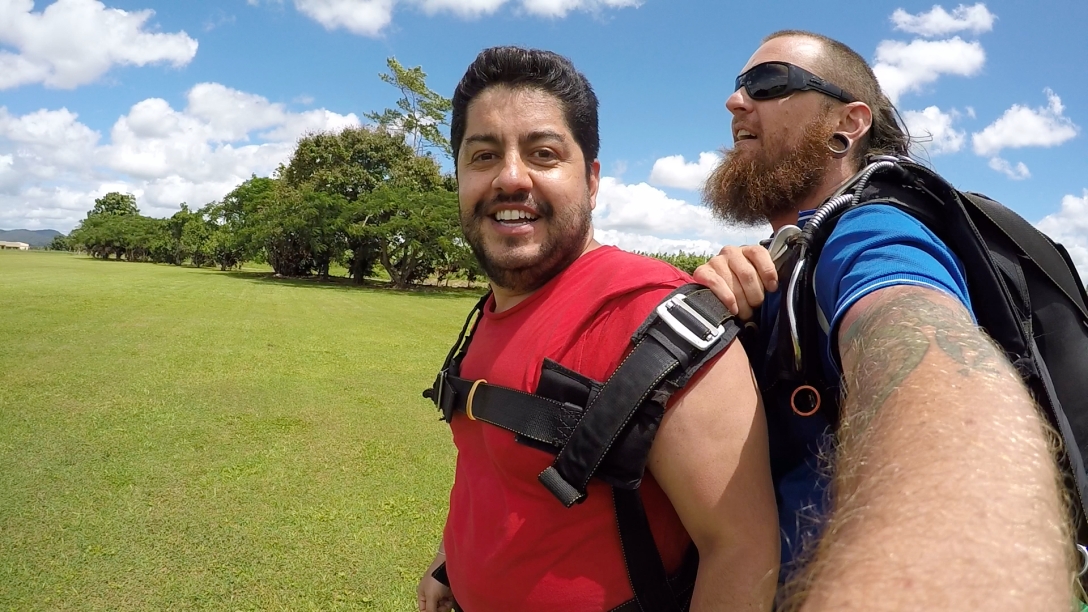