She didn’t even want to go to the beach that day. Sunday was not a day to wake up early, but her friends pressured her citing: “you promised, Jude.”

She packed whatever random thing she could find in the room that she shared with her brother. Not every piece of clothing belonged to her, but at least she didn’t forget a towel.

She got to the beach, shades went on, set her towel down, laid down and began to ignore the world.

Jude was awaken gently by Jean: “I’m sorry to wake you, but we are about to play near you and I fear we may hurt you. Would you mind moving?” She was startled as she saw all her friends gone, although their personal belongings were still there. “Yeah, sure, I’ll move. Thank you.” He helped her as any gentlemen would but she felt his smile was warmer than expected.

“Bobby, are you getting all of this?” Jude asks me, making sure I get as much detail as possible. “Yes, of course, I’m writing it down.” I reply as I type furiously into my phone. She continues: “And that’s how we met, in this beach. We fell in love and decided to be in each others lives forever.”

She went on to tell me about their courtship in astonishing detail for someone of any age. She lived the life she always wanted with a man she couldn’t have dreamed of. And it got even better with their two kids. They never had luxuries, she made sure to point out. But they never needed it. They already had what many envied.

“But happiness is never meant to last,” Jude tells me, with acceptance in her voice. “I am eternally happy that I got to live it. One day, on this beach, right where I’m sitting, I said goodbye to him. I had to let my Jean go. If there’s one regret I have,” she looks at me to make sure I get this right. “It’s not that he left and I didn’t put up a fight. I admire him for that. That was the man I fell in love with. It’s that I didn’t tell him I was pregnant with our third child.”

She enters a silence I didn’t want to interrupt. So we just sat there for a few minutes. When she finally spoke, she told me how Jean had to go and serve in World War II. How in this spot where we were by the beach, he promised her he would return. He made her promise to look at the sunset, everyday for him. He would also look at the sunset and think of her. She promised him, that she would until his return.

“I know he’s not coming back. I’m not stupid,” she tells me with resignation. “I didn’t wait for him. I remarried. I didn’t want more kids. But I was happy. I lived a good life. I was lucky to have met another man worthy of my time, love and my children. Eventually, he would also leave me. I buried him two years ago.” She reaches for her small purse, and looks for a cigarette. She finds them and offers me one, but I decline. By this point I need a fucking drink, I think to myself. As she smokes, she continues “while I was with him, I didn’t come here. I tried to forget Jean. No matter how happy I was with my new husband, I could never reach the same heights as I did with Jean. The day I became a widow for the second time, I came here afterwards. The very same day.” She looks at me as if looking for judgement. I just stared, with as much a poker face as I could muster. “I don’t know why I came here that same day he died. Afterwards I felt a little guilty, but while I was here, it felt right. Where else was I supposed to go?”

Now, with her kids grown up with their own families, she is alone. And she wants it that way. She wants them to be happy and not be their burden.

I couldn’t help myself and I asked: “why do you still come here?” She looked at me as if she knew I would ask such an obvious question. She slowly put her cigarette out and popped some gum and gave me a little smile. As if to say ‘I’m hip.’ “At first, I didn’t know why I returned to the beach to see the sunsets. Perhaps to fulfill the promise I made to Jean? Over time though, I realized I didn’t have much else to do. My children are gone now. Happier without me. I see them once in awhile but mostly, what am I supposed to do? My life has moments better then the books I’ve read; better than the movies. I think I come here because I can relieve my moments with Jean. I can feel him again here. When the sun sets, it’s the right amount of warmth where I can close my eyes and feel he is holding me. The same as that last day I saw him.”

She remains silent and I’m not sure what to say. But with her eyes still closed, she says “I know what you must be thinking: ‘you will see him again’. That’s what I’ve heard other people say.” She takes a deep breath and says: “That is the dumbest thing I’ve ever heard. I can see him more while I’m alive; while I still have my memories of him; while I can still dream of my Jean.” She opens her eyes and smiles at me. “Bobby, is it?” I nod. “Please leave me. The sun is setting and I’d like to be alone. But thank you for listening to an old woman.” 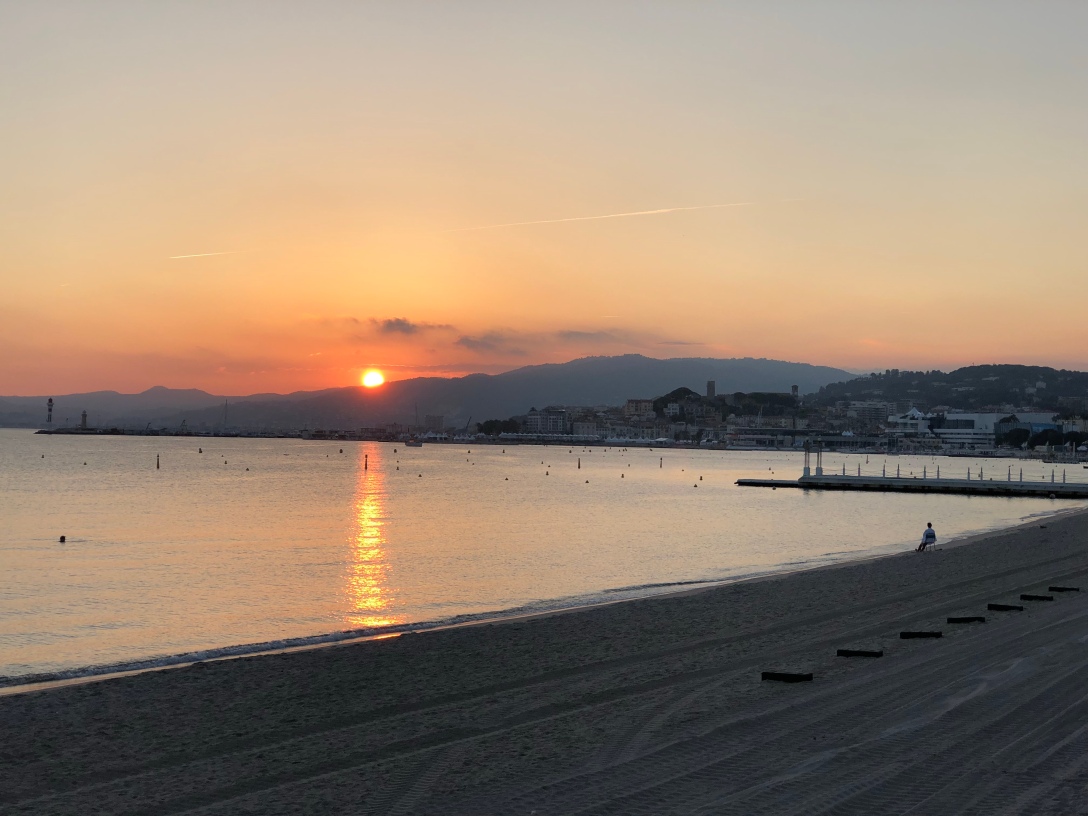