I’ve always wanted to go to Russia. Ever since I saw the masterpiece of ‘Rocky IV’, one of the greatest movies ever made, Russia has been on my bucket list. Over the years, by watching Hollywood movies and today’s political climate, my image of Russians is that all the men are named Boris and are hackers, while the women are beautiful and are named Natasha, Olga, or Svetlana. Only one of those stereotypes is true… fellas;)

By now, I know better than to actually expect for stereotypes of a given country to be true. Just like not all Colombians are cocaine drug dealers and not all Americans are ignorant racists, it is still nice to see first hand locals of a country be just like everyone else in the world. People going about their lives doing everyday things. 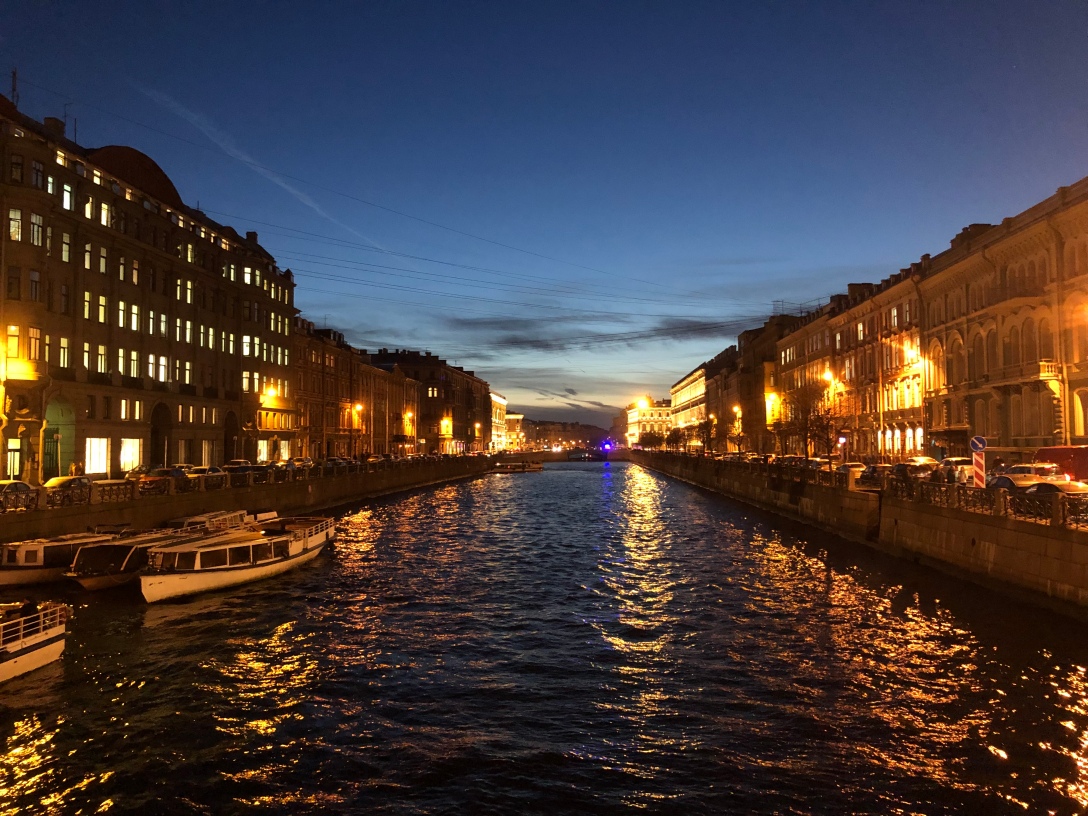 I loved this beautiful city. The best way I found to describe it was: ‘big city with modern amenities but with a small town feel’. I was supposed to stay three days, but I ended up staying six. I think I needed that much time to really take in the Russian culture and wash away all of the news and Hollywood stereotypes that were stuck in my head for years.

Maybe it was my own ignorance, but I really believed that Vodka was all they drank. The reality is that it feels more like they have vodka available because tourists expect it. They drink a wide variety of drinks like anyone else around the world. But I have to admit, they do have some kick ass Vodka! My favorite was Mamont Vodka.

An interesting thing about this city is how ‘European’ aesthetics blend with historical touches of the Soviet era to give the city a very unique look.

The city is home to one of the biggest and best museums in the world: State Hermitage Museum. 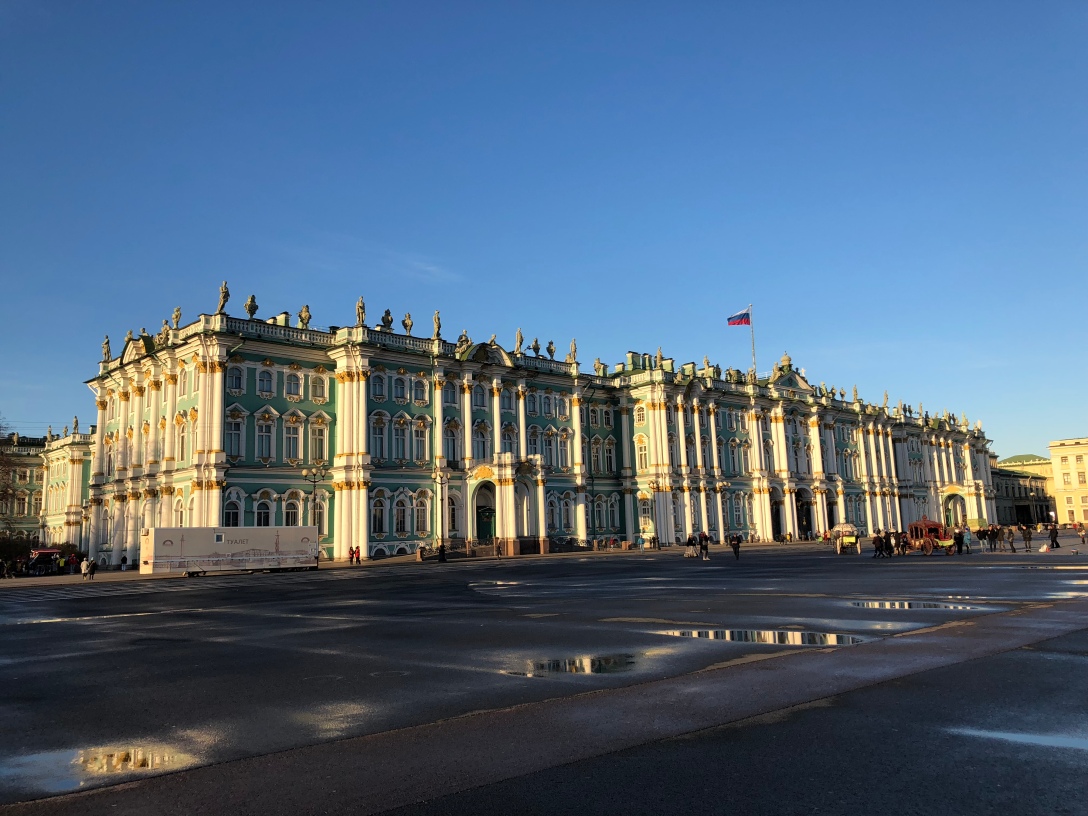 It also has the stunning and picturesque Church of the Savior of Spilled Blood. 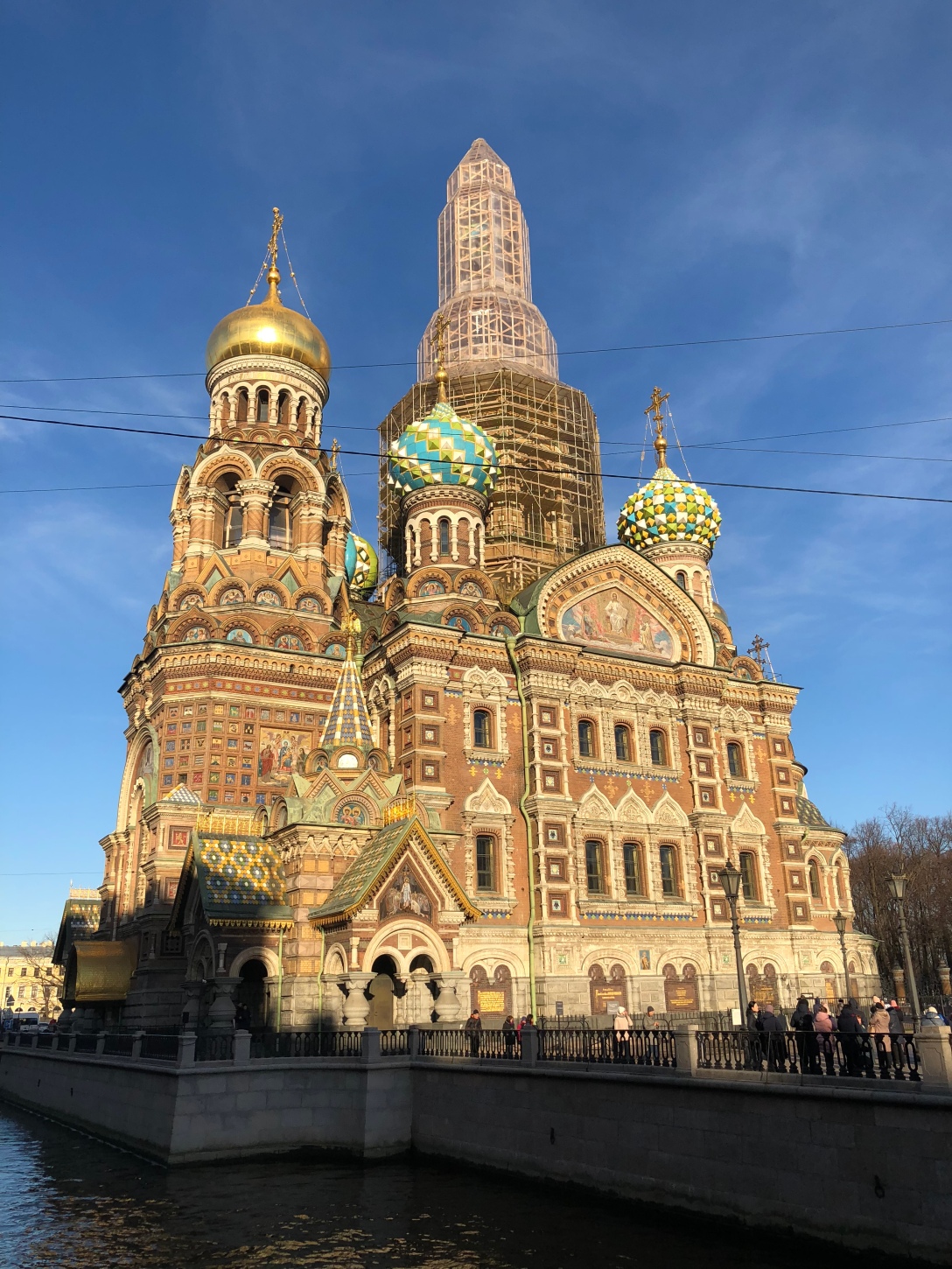 I usually don’t mention the accommodations I use but I have to recommend the hostel Soul Kitchen. It is one of the best hostels I’ve stayed in around the world. To be honest, I can’t think of a better one anywhere. 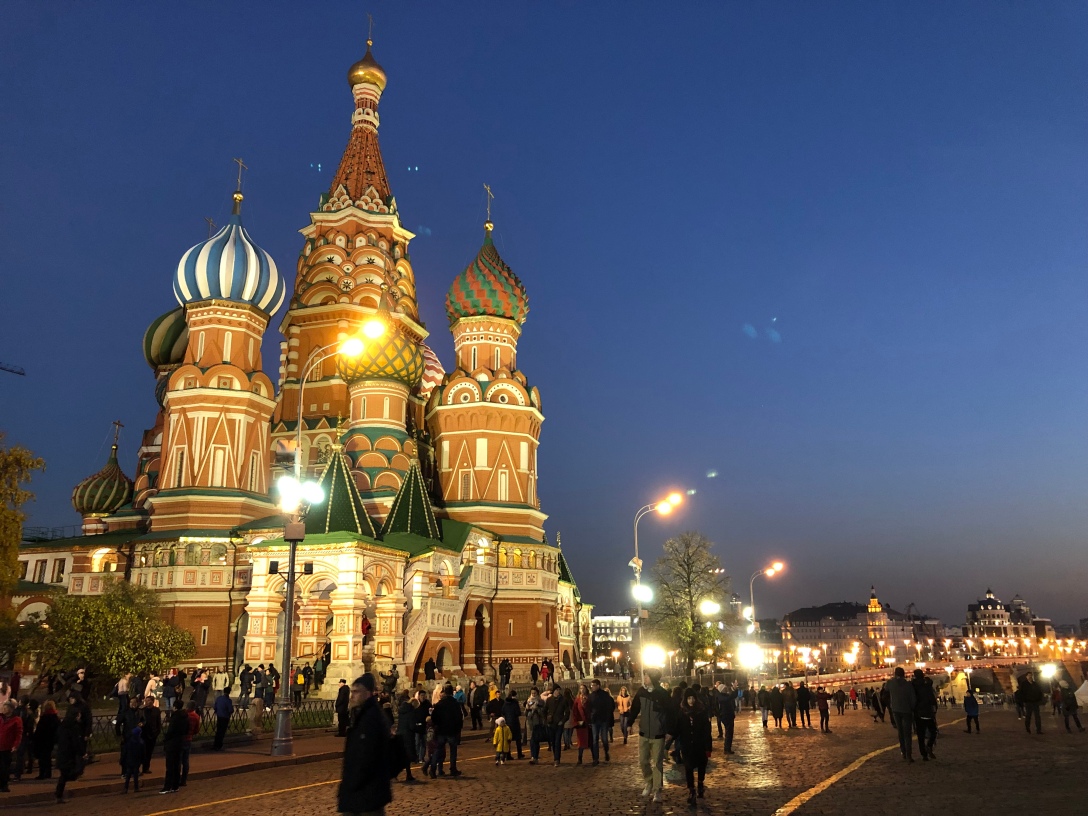 Whereas St. Petersburg feels ‘homey’ and ‘chill’, Moscow is striking, proud, powerful, and boisterous of its enormous streets. Even pedestrian-exclusive streets, that tend to be quite small in most countries, here are five cars wide… that’s supposed to be small! Some streets are so wide, pedestrians are not meant to cross them, but rather, use an underpass.

Getting around in Moscow is a breeze and using the metro is a pleasure. It is like going to a museum. Although not modern, it is very charming and classically beautiful. Some of the metro stations are fully adorned with marble walls. Those that aren’t marbleized from ground to ceiling still hold a classical and artistic look. 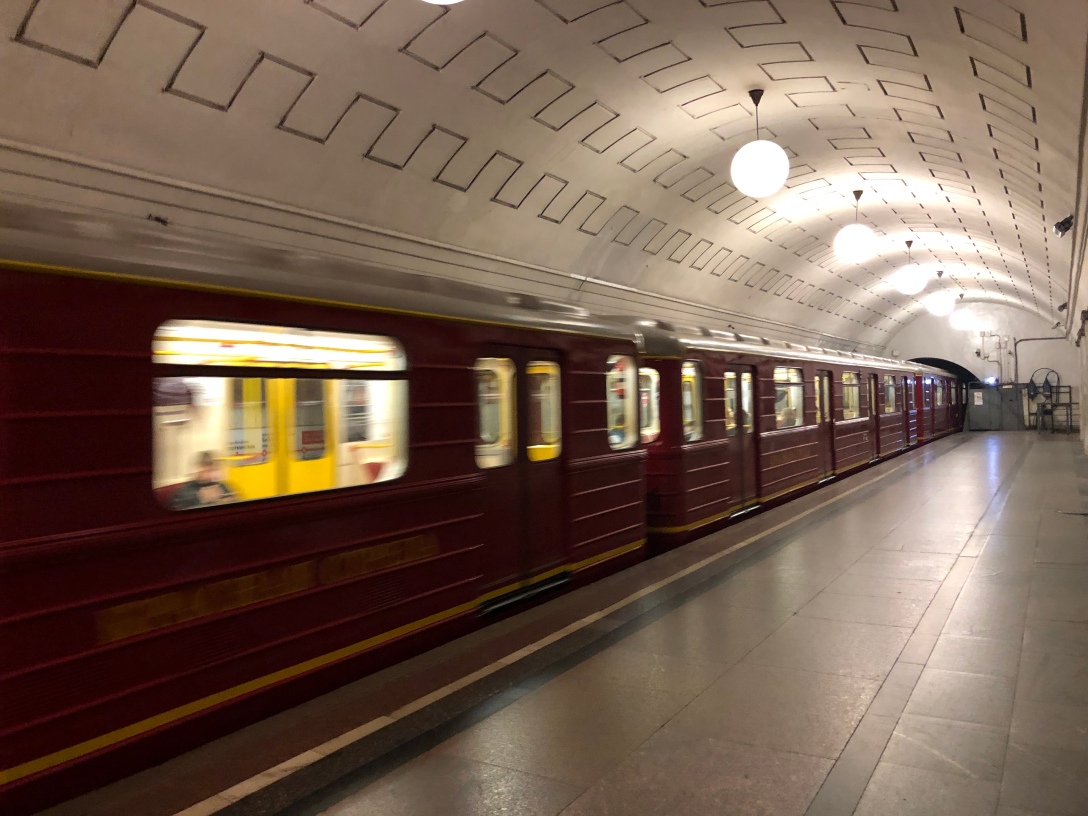 One of the things that I actually found refreshing, that people should know before visiting Moscow, is that on the surface, Russians can seem rude or indifferent when interacting with them. I didn’t find them rude at all. The people most likely to perceive Russians as rude are Americans. This is because, as an example, America’s culture for service-type jobs rely on tips. This means that over the years, American culture has almost demanded that workers in this kind of role, tend to be bubbly, friendly and energetic. I didn’t see this type of behavior in St. Petersburg and much less in Moscow. I don’t actually remember anyone greeting me with an overtly friendly smile or highly pitched voice. That actually came across to me as a much more real interaction than I was accustomed to back in the states. I wonder if when I go back, I will find them as phony. But in Russia, it is only when you actually have a conversation with them that you’ll see that they have the same capacity for smiling and warmth than anyone else. Culturally, they’re just not the overtly smiley/extremely friendly/outwardly bubbly types. I liked that.

They (Russians) have racists just like us (Americans)! We aren’t so different after all

However, I had a racist encounter in a late-night bus. I was headed towards the rear of a bus and tried to take a seat next to an old lady. As soon as she noticed that I was aiming to sit next to her, she moved her bags to the vacant seat, to prevent me from sitting next to her! In the immediate moment, I was simultaneously shocked and yet… not. The emotion that prevailed after the shock settled was: “omg. They (Russians) have racists just like us (Americans)!” Lol. Americans and Russian aren’t so different after all 🙂 I am glad to report however, that an older Russian gentleman a few seats in front, witnessed what occurred and offered me the seat next to him.

Without a doubt, there’s no talking about Moscow without talking about the Red Square. It is bigger than you expect and there’s no mistaking it with any other part of the world. It is the icon you want it to be. I went multiple days just to sit and take in its grandiosity and striking elegance.

The real beauty however is St. Basil Cathedral. You really experience a piece of history and dare I say, magic. Very few places around the world has had the kind of impact on me. It felt special.

Overall, I found my visit to Russia to be a very rewarding and eye opening experience. I loved the heavy and comforting food, the people and the beauty of both the cities I visited. I’ve thought about it a lot and I can’t really pick a favorite between the two. They’re very different. So when you go to Russia, make sure to visit both.